You are invited to join a night dedicated to Space Opera music and experimentation!

This is the release party of our amazing EP:

The Marshmallow Experiment – Using electromagnetic static, guitar, loopers and delays to create a sound off our dystopian future. Like being trapped with a detuned and deaf orchestra inside a mid 80’s video game. Mark’s probably gonna have some marshmallows with him, eat them, save them or throw them, it’s yr choice (probably).
soundcloud.com/user-30496934

Gully Flowers – Punk/Psych-Pop straight from the heart pointing out subjects as love and other conspiracy theories.

Squidzilla – an eclectic space opera with accordion, guitar, violin, vocals and drums. The songs are part of the story of the p.i. Hanrick Hornigold. She got dumped on an unfriendly planet, after she discovered too much of the space stations’ overseer. On the planet, she tries to make contact with the local inhabitants, the dusters, who tend to look down on stranded space types, a.k.a. spacers. This is where she plans her revenge…
squidzilla.nl
youtu.be/_6O4y665e5I

Mik Quantius – The German vocal artist Mik Quantius can, after being continuously abducted by aliens, only produce sounds from outer space. He is a member of the legendary German Krautrockband EMBRYO and he took part in ‘Way of the Cross’, an improvisational project of Dave Nuss of the NO NECK BLUES BAND, with musicians like Kuupuu, The Skaters, Stellar Om Source and Kemialliset Yvsatat.
facebook.com/mik.quantius
youtu.be/JO1z4_1DD_s

I am very much looking forward to seeing you at Cultuurlab, as your presence will be noted positively on your record.

This will be our first gig with Hannah Nijkamp in the role of Doris Diego!!!

There are three bands, and the venue opens at 20.30

You can check out the facebook event for more info 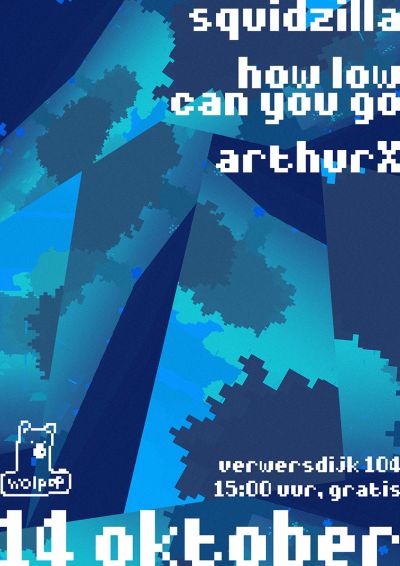